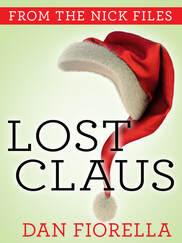 Leaping Yule logs! Santa Claus has gone missing! And it's almost Christmas! Where is he? It's a Christmas-tery!

What happens when Santa goes MIA? Well, Tweedle the elf decides they need to hire an amazing Private Eye to find him. Unfortunately, all they can afford is Nick Flebber.

Flebber's a private eye riding a dry patch, income-wise, looking to take any case that walks through his door. Sure, the elf's money looks legit, but how does he know this isn't the effects of some mind altering drugs? Then he remembers he can't afford any mind altering drugs. So, before you can say “pa rum pum pum pum,” Nick's off to the North Pole to track Big Red down. Bringing his old-school methods to Santa's workshop, Nick is soon grilling Santa's helpers to see if any of them were trying to help themselves. He's cross examining Mrs. Claus to make sure he wasn't dating on the side and soon discovers that the Clauses have an adopted daughter, which gets Nick's mistletoe all hot and bothered.

But where is the big man? And his sleigh? Not to mention the tiny reindeer? Nick follows the leads back to his old stomping grounds and discovers he's up against the underbelly of the holiday season. The clock is ticking; Can Nick get Santa home for the holidays?

It's a genre-bending comedy/fantasy that takes the holiday happenings and turns them on their head. A funny, NoeL-O-L book for kids and the kid inside everyone. Yule love it!

Available as a paperback or Kindle ebook
The radio adaptation of the story for radio.  A real audience pleaser!

Cupid is as Cupid Does 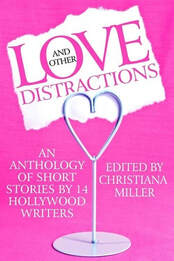 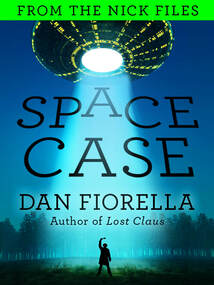 P.I. Nick Flebber is back on the case! This time he gets hired to tail a cheating husband and he finds himself dealing with corporate espionage, street crazies and some very illegal aliens.  UFOs?  More like LOL!
​The book is available at Amazon.com
the radio adaptation coming soon!

Author in the First 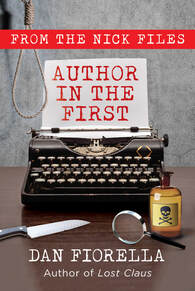 Nick Flebber is back on the case! And this time he brought a date! Where ever famed mystery author Jennifer Bates goes, she's leaves a trail of murder and mayhem. Now she wants Nick to prevent it from happening again. And he does, until a pesky corpse turns up at the house. Needless to say, everyone's a suspect.
Can Nick solve the case and save the publishing industry?
The book is available at Amazon!
The book promos!
The Radio Adaptation!
comedy, writer, Dan Fiorella, Daniel fiorella, screenplay, sketches,radio,computer games, television writer